The ostrich digs its head into the sand, lifts its rump into the air, and thinks itself safely hidden away from its enemies. The spate of criticisms that trailed the trend of President Buhari’s appointments have received a lot of criticisms in turn. I think one side of the divide is not being mindful enough of reality. Read on and see if you can guess which one. A lot of arguments have been advanced on both sides, but in this piece, I’d like to discuss two major ones.

spirit of Nigerian law. The Constitution provides that federal character should be taken into consideration by the president when he is making appointments, and the heavy lopsidedness of the appointments so far in favor of the Northern part of the country is obviously in grave violation of that principle.

Now, I am aware of the argument that the principle of federal character is faulty, promotes mediocrity and nepotism, but la legge est legge; the law is the law, and until it is changed, it is binding on every person and body within Nigerian territory – S.1 (1). Apart from that fact, the people making such an argument should check out S. 14 (3) of the constitution where the reasons for enshrining the principle of federal character into the constitution are given as “…the need to promote national unity, and also to command national loyalty thereby ensuring that there shall be no predominance of persons from a few States or from a few ethnic or other sectional groups in that Government or in any of its agencies.” It is my considered opinion that those reasons are even more valid today than they were then, and the trend of appointments is undermining both national unity and loyalty of the various ethnic groups.

Government recently announced that it had shut down Radio Biafra, only for us to wake up to the news a few days ago that Biafra TV had run a test broadcast. Considering the heightened tension generated by the fact that the South-East has had exactly 0% of PMB’s appointments so far, is it unreasonable to say that if care is not taken, we are on track to a fresh insurgency (at the least) or another civil war (at the worst.)?

Some people have made the point that PMB’s appointments have been on the basis of merit, with the only consideration being to select people capable and trustworthy enough. They go on to say that we, as detribalized Nigerians, ought not to be bothered by such inconsequential considerations as the origin of such appointees. I very humbly beg to disagree. I understand the burning need to sound like a motivational speaker who is above the muck of normal sentimental concerns but I think while such idealism is all well and good, the reality on ground in Nigeria simply cannot accommodate it.

Are you a detribalized Nigerian? Me too; God forbid! I am Nigerian before anything else, but I am Yoruba, and I cannot forget it. I do not know any country where people do not still pay a measure of allegiance to their local origins. Even granted, that the proportion of such allegiance differs, we must ask ourselves what factors contributed to such “detribalization”, was it continued wholesale exclusion of certain tribes from any meaningful position in government? Or the necessary implication that only a particular ethnic group have the necessary integrity and capability to run government agencies properly?

We cannot ignore our differences, but we must try to understand them if we want unity, peace and progress in Nigeria. I love President Muhammadu Buhari, and I wrote combative pieces like this for him and the APC during the campaign period. I, like you, have held to the belief that this government is mine, one that we all fought for and got. If that is so, and this government is truly ours, we have the duty to speak out to direct things in the right direction. Nigeria is at a tipping point today, and we will all enjoy the bounty if things go well, but God help you and me, each and every one of us in Nigeria, if things go wrong. 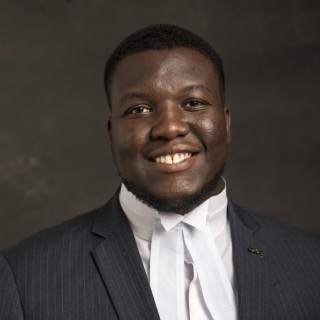